The Chinese Year of the Ox officially begins on February 12th, and The Perth Mint is celebrating with the release of a limited-edition silver coin that incorporates this year’s zodiac animal rendered in pure Australian opal. 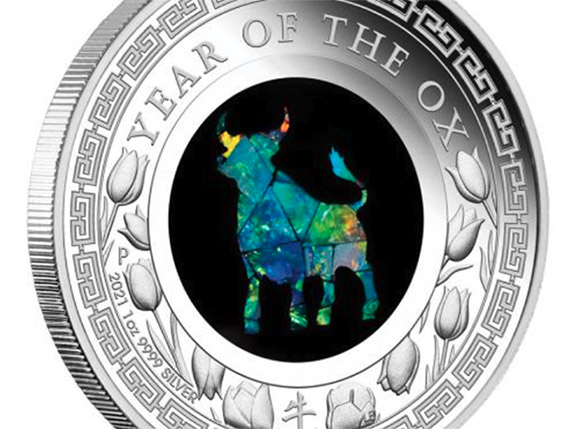 The coin’s reverse incorporates a round black panel inlaid with a mosaic of bluish-green opal. Irregular slices of the precious stone are meticulously arranged to fill out the shape of the ox. The coin’s outer ring features

stylized depictions of tulips, which are considered to be lucky flowers for those born in the Year of the Ox. Designed by Lucas Bowers, the coin measures 36.6mm in diameter, which is slightly smaller than a US silver dollar.

The one-ounce 99.99% pure silver coin is the fifth release in the Australian Opal Lunar Series — a series that launched with an opal rooster design in 2017 and was followed up with opal-enhanced Chinese zodiac offerings in 2018 (dog), 2019 (pig) and 2020 (mouse).

From 2012 through 2014, the mint promoted the Australian Opal Series of five coins depicting native animals, including the koala, wombat, kangaroo, pygmy possum and Tasmanian devil. Each of those animal were also rendered in opal.

The Perth Mint frequently pays tribute to themes that are truly Australian. Opal is the official gemstone of Australia, and the country credited with supplying nearly 95% the world’s fine opal. It’s not surprising, then, that the mint figured out a way to utilize the colorful, iridescent gemstone in a coin.

(Australia is also famous for pink diamonds and we’ve previously written about limited-edition gold coins that The Perth Mint embedded with rare pink diamonds sourced from the now-closed Argyle mine.) 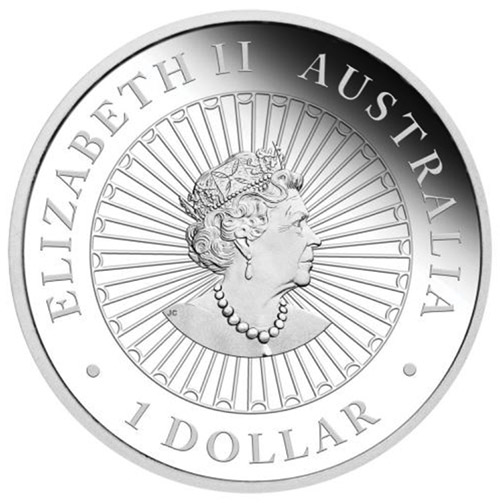 The obverse of the ox coin features the Jody Clark effigy of Her Majesty Queen Elizabeth II, the weight and fineness, the “1 DOLLAR” monetary denomination, “AUSTRALIA,” and the Queen’s name. 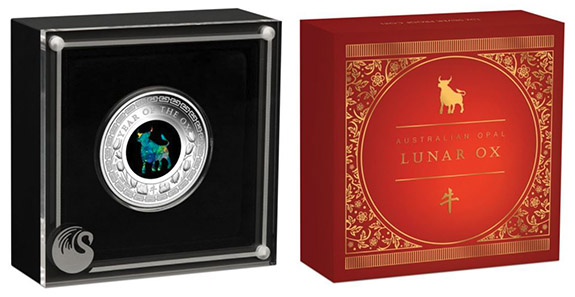 Offered in a limited mintage of 5,000 units, the Year of the Ox coin is housed in a classic display case and is packed in a decorative box. The Perth Mint expects supplies of this special coin to be available by next week.