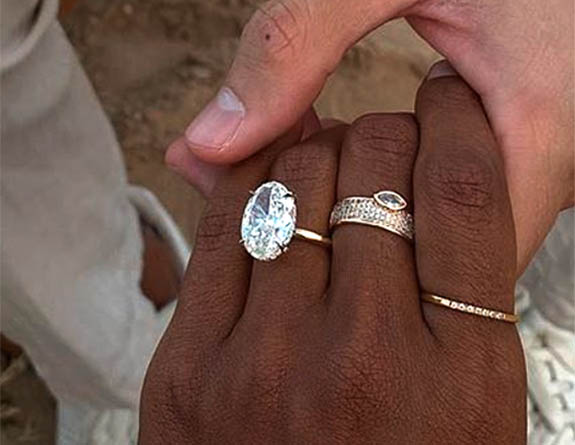 This past Thursday, the supermodel’s 4.1 million Instagram followers got to see intimate shots of her special day, along with a close-up look at her new ring. The 18-karat yellow gold ring features a hidden halo, diamond-embellished prongs and is estimated to be worth more than $250,000. Borrero reportedly spent eight months designing the custom ring with specialists at Ritani.

In an interview with Vogue.com, the 29-year-old Tookes dished all the details of her memorable day.

Early on Monday, September 21, Borrero, the 30-year-old director of international markets at Snapchat, interrupted Tookes’ workday to tell her to pack her bags. They were going on a surprise trip and they were leaving in two hours.

Tookes was blindfolded on the way to their first stop, The Rose in Venice, CA. It was the restaurant where they first met four years ago.

Then they drove off to the airport, where they boarded a plane to Page, AZ. Along the way, the model munched Popeyes chicken tenders and drank Champagne.

“I was in heaven,” she wrote, but things were about to get even more exciting.

After touching down in Arizona, they boarded a helicopter. 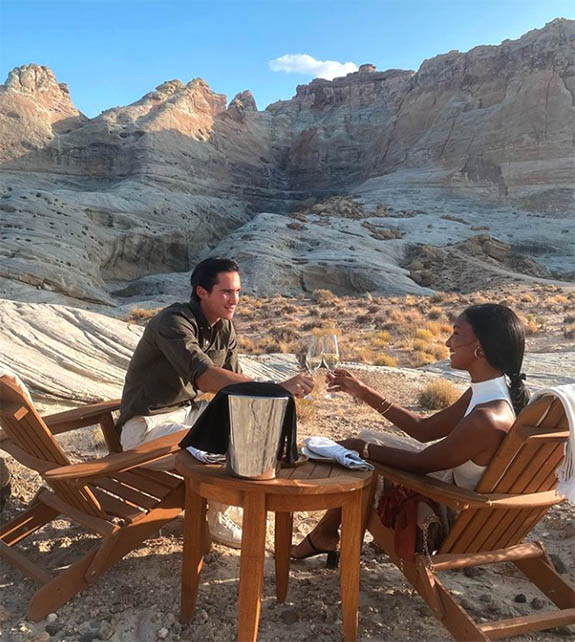 “[They] flew us to the most beautiful, otherworldly-like secluded place in the middle of the desert rocks in Utah. It was just us,” she told Vogue.com.

More specifically, they were at the breathtaking Lake Powell, a man-made reservoir on the border of Utah and Arizona.

The couple enjoyed a Champagne toast and sat for about an hour, taking in the gorgeous vistas and enjoying each other’s company.

“Shortly after that, he escorted me to a lookout above where we were sitting, and on the ground was a bunch of rocks which spelled out WYMM?” she said. “At first glance, I didn’t know what this meant, but it immediately dawned on me that it meant ‘Will you marry me?’” 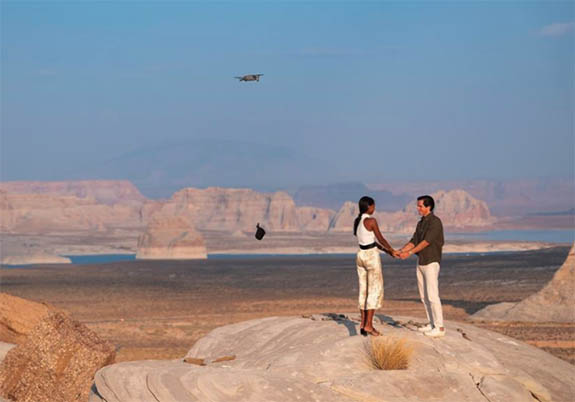 While she tried to process what was happening, she heard a drone flying above them. Hanging from the drone at the end of a long string was a small black pouch, and in the pouch was a ring box. 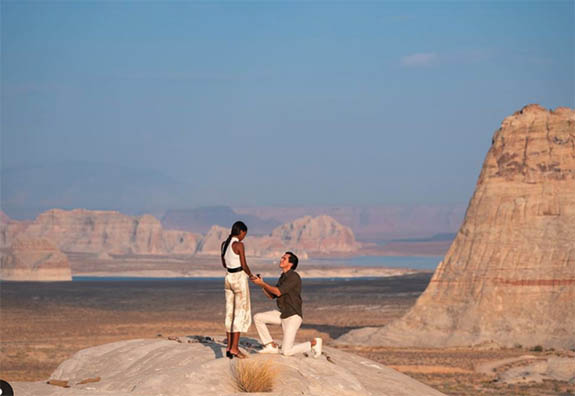 Borrero grabbed the ring box, took out the ring and went down on one knee.

“I was in complete disbelief and immediately burst into tears because this was something I did not expect,” Tookes told Vogue.com. “After lots of happy tears, I obviously said ‘Yes,’ and this was honestly the best day I could’ve ever imagined. We are very excited and looking forward to a future filled with lots of love and happiness.” 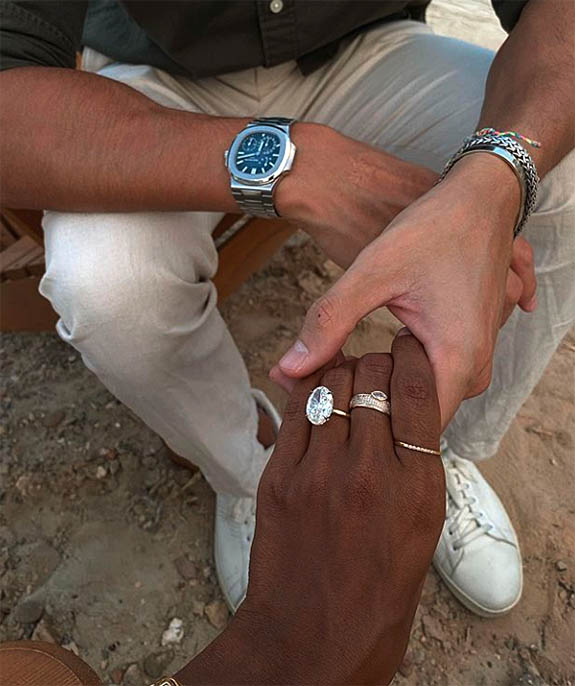 The couple will be tying the knot in Borrero’s hometown in Ecuador. Due to the issues related to COVID-19, plans have yet to be cemented.

“Hopefully, all of my Spanish classes will have paid off by then,” she joked.