Paraiba tourmaline is the most prized variety of October’s birthstone. The vivid teal, turquoise and neon blue stones caused a sensation when they were first discovered in Brazil’s tropical, coastal state of Paraiba in 1987. 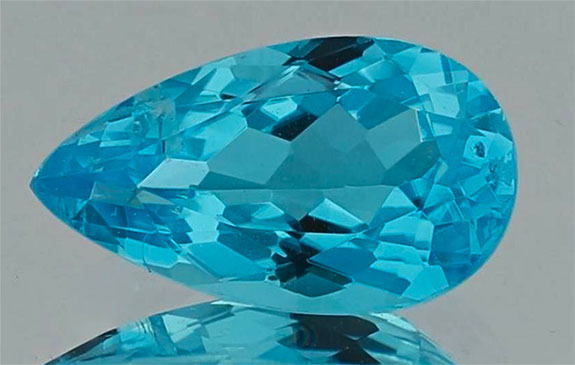 Worldwide demand sparked a mining frenzy and, within five years, the supply beneath “Paraiba Hill” was largely tapped out.

With the original mine depleted, gem lovers wondered if there would ever be another discovery of Paraiba tourmaline. Well, they didn’t have to wait too long. In 2001, new Paraiba-like tourmalines were unearthed far across the Atlantic Ocean in Nigeria. Curiously, the African gems boasted the same color and chemistry as the South American-sourced originals. 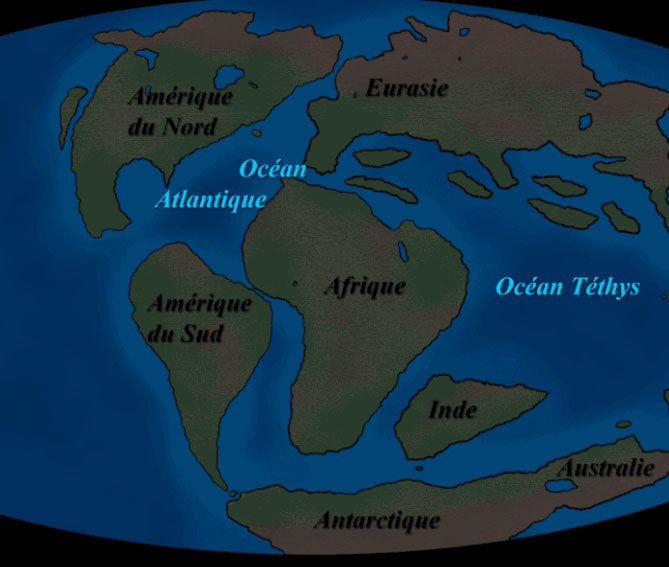 Some gem experts believe that the uncanny connection can be attributed to continental drift, the theory that the Earth’s continents have moved over geologic time and that South American and Africa were once connected. Paraiba, on the far eastern tip of Brazil, would have been adjacent to the west coast of Nigeria.

“Thus we may suppose that the radiant copper tourmalines from Nigeria came into being under the same conditions as those from Paraiba, at a time before the ancient continent drifted apart,” writes the International Colored Gemstone Association on its Paraiba Tourmaline web page. “Is that the reason why it is so difficult to tell one from the other? This remains one of the great riddles in the fascinating world of gemstones.”

Paraiba tourmalines are distinctly different from other varieties of tourmaline because they owe their intense blue color to trace impurities of copper. Others get their color from the presence of iron, manganese, chromium and vanadium. Gem dealers generally refer to copper-infused tourmaline as “Paraiba,” regardless of the origin.

Top-quality Paraiba tourmalines larger than a few carats are extraordinarily rare. The 1.22-carat pear-shaped gem, above, was mined in Paraiba and is now part of the National Gem Collection at the Smithsonian in Washington, DC.

Tourmaline comes in a wide variety of fiery, vibrant hues, such as red, green, yellow, orange, brown, pink and purple. October’s birthstone is even available in bi-color and tri-color versions. The name “tourmaline” is, in fact, derived from the Singhalese words “tura mali,” which mean “stone with mixed colors.”

Tourmalines range from 7 to 7.5 on the Moh’s scale of hardness, which makes them durable enough to be used in any type of jewelry.

Both tourmaline and opal are the official birthstones for the month of October.