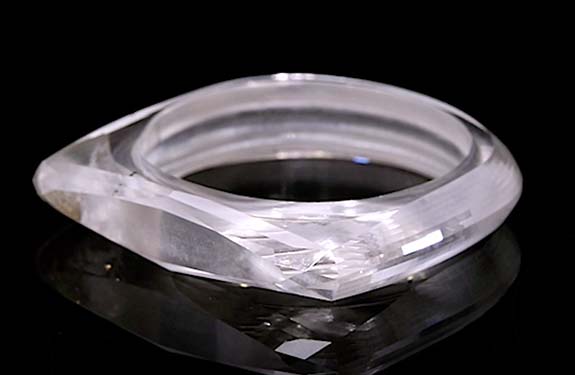 The piece — which has no precious metal components — was specially designed to benefit the third (RED) Auction in Miami, a charity supporting AIDS research. An anonymous bidder purchased the ring for $256,250, and the Bill and Melinda Gates Foundation matched 90% of the bid, nearly doubling the total donation. 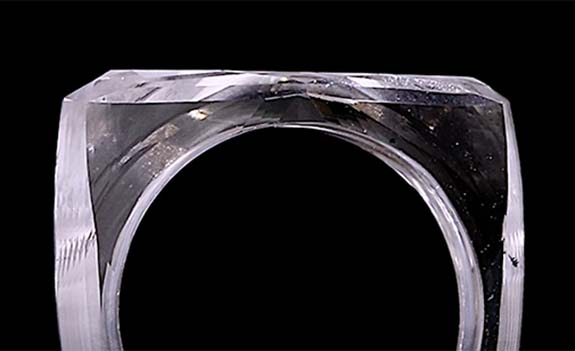 At the time of the auction, the ring did not exist in real life. However, Ive and Newson promised to custom make an actual ring for the winning bidder in any ring size up to 5. This past Friday, the ring was finally revealed. 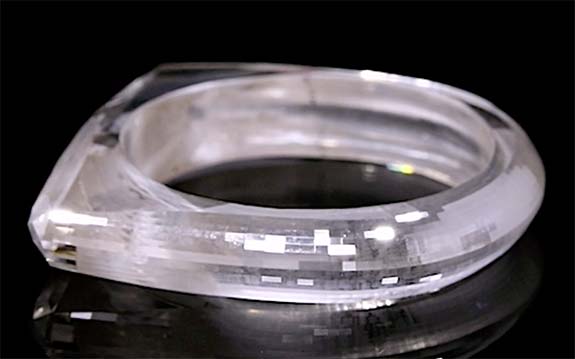 The Diamond Foundry, which supplied the lab-grown diamond for the project, announced on Twitter that the ring was completed, and released a video showing how it was meticulously carved and faceted using laser beam and water jet technology. The ring was created by removing material rather than adding it. The original blueprint boasted 2,000 to 3,000 individual facets. A typical round brilliant-cut diamond has 58 facets.

According to the company, the shape and model of the finished stone are revolutionary since there were no guidelines. The Antwerp-based cutters had to create it from scratch using custom tools that had to be ordered from a specialized diamond tools supplier in Belgium.

Ive is reportedly leaving Apple this year to form a new design company called LoveFrom. He has been with Apple for 30 years.

Shawish Geneva was the first company to form a ring from a single diamond. Shawish unveiled the innovative ring to the public during the 2012 Baseworld Watch and Jewelry Show. That ring was laser-cut from a 150-carat rough diamond. While the Shawish ring was groundbreaking, the Ive-Newson design is said to be more wearable.